The truth about earning in dollars! 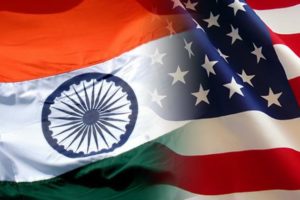 There are two ways to look at a foreign salary — the Catholic and the Protestant.

The first is characterized by a missionary zeal to convert using the rupees-multiplied-by-~67 -times formula ingrained in every self-respecting Indian head.

But, protests the economist, how far does that Rs 74 lakh go in a foreign land?

What you have to look at, then, is Purchasing Power Parity. The theory of purchasing power parity says that, in the long run, exchange rates should move towards rates that would equalise the prices of an identical basket of goods and services in any two countries.Just an example,a decent meal in US costs $3 while in India it is Rs. 80.Hence as per me, 1 USD ~ INR 26 (in terms of Purchasing Power Parity).Another example of Purchasing Power Parity is,a rent of 2BHK home in US may be $1000 while in India it might be $225(~Rs.15K).Suppose your monthly income is $5000 then your dwelling expense in US is 20% of your income and in India if income is Rs.75000(~$1100) then your dwelling expense is 20% of your income,too.

Purely in layman’s terms, how much bang for the buck? Well, says the World Bank, $100,000 fetches you a Rs 67-lakh lifestyle if you reside in India.

The Economist‘s famous ‘Big Mac index’ makes it easy to understand. A burger costs $2.90 in the US, but $1.10 in India. Take that, you dollar-earning desi!

Of course, the real picture is far more complex. Despite what the Big Mac index might indicate, an ‘upwardly mobile’ lifestyle in India is more expensive.

If your family decides to have Kellogg’s cornflakes for breakfast everyday in India, it will work out to about 4 boxes or Rs 500 a month.

An American family, on the other hand, would spend about $20 a month for the same breakfast.

So despite being a supposedly ‘poor’ economy, we have higher relative prices — dollar prices — for many commonly consumed goods. Food and petrol, in particular.

Although, conversely, we can afford bais and drivers, dry cleaning and nice haircuts. There is always a trade-off!

How much dosh you have stashed away in the bank depends on how you choose to live.

If you are earning a dollar/ pound salary and your objective is to ‘save’, you live an Indian lifestyle in a foreign land.

This means eating mostly at home/ shopping at Kmart/ Wal-mart; thinking 10 times before making an impulse buy (out pops the conversion calculator: ‘I can get this cheaper in India. Forget it!’)

This is an attitude typical of the just-set-foot-on-foreign-shore worker, especially on an H1-B visa. And there’s nothing wrong with it. Four-five dudes share a cramped apartment, live frugally and save a pretty packet by the time they head back home.

And even though they may have lived in what the Chicago or London native might consider as Mira Road and eaten at  the US equivalent of Udipi joints, the experience of living in the First World is reward enough the first-timer. Clean air, wide roads, ‘systems’ that seem to work.

But, should s/he decide to stay on longer, the immigrant  will be tempted to buy in to the host country’s way of life. You shop to ‘feel good’ about yourself and, eventually, being the thriftiest shopper in town loses its charm.

So one fine day you decide to buy the Polo shirt costing $100, even if your mom thinks you are crazy because you could buy five shirts for the same money back home. Earlier, you moved, geographically. Now, you have arrived, mentally.

That dollar salary will never feel quite as weighty again.

On the other hand, living in India — even for the guy with the Rs 18 lakh salary — has its own hidden cost.

Money provides some insulation — but the stress of working in First World conditions but living in Third World ones is inevitable. You can fiddle with a Blackberry [suit] in the backseat of an A/C chauffeur driven car.

But you are in Saki Naka, stuck in a trademark traffic jam, with a beggar tap-tapping furiously at your window.

The airport — which sees more of you early in the morning than your spouse does — seriously sucks. As does the fact that a substantial portion of the taxes the government earns from you end up as employment guarantee scheme for politicians.

Par kya karen, yeh hai India. So we ‘adjust’, grin and bear it.

At least we now have multiplexes and megamalls to hang out at, no?

Of course, living abroad may result in a postcard perfect ‘Big Picture’. But life is made up of a million little things. And, at that level, regrets remain.

A friend who has spent most of his post-IIT life in the US — a good 12 to 15 years — noted on a recent visit that he really enjoyed visiting Chinese restaurants in India. “Because you can taste the food,” he said wryly. “Everything there is so bland… so American.”

Another friend says she misses the sights and smells of the sabzi markets in India. “The veggies there are so fresh, it feels like abhi zameen se nikle hain.” American tomatoes, she insists, are huge and red, but absolutely insipid.

On a more serious note, there’s the issue of parents. Growing old and lonely, often not in the best of health. Move here, you insist. But they resist.

The world is a ‘global village’ where India is just a mouse click away.

You buy the folks a computer with a broadband connection.

And life goes on.

The economics of emigration

Is where you live about geography, or a state of mind?

Well-known journalist Thomas Friedman has just authored a new book on globalisation titled,The World is Flat:  A Brief History of the Twenty-first Century.

In an article in the The New York Times Sunday Magazine, he writes, ‘Only 30 years ago, if you had a choice of being born a B student in Boston or a genius in Bangalore or Beijing, you probably would have chosen Boston, because a genius in Beijing or Bangalore could not really take advantage of his or her talent.’

Now, he argues, anyone with smarts, access to Google and a cheap wireless laptop can join the innovation fray. ‘When the world is flat, you can innovate without having to emigrate.’

With all due respect to Friedman — a brilliant writer with a mostly credible theory — emigration will continue.

Despite anecdotal evidence exchanged at cocktail parties about young people who would rather stay back in India than go abroad, the fact remains that every Indian who enrols at Penn State or Sheffield University  is a potential immigrant.

The Japanese or Koreans are not.

The odd Westerner will make India his/ her home, often citing the warmth received from the Indian people.

The majority of middle class Indians, given a chance, will make the West their home, despite the cold reception.

Suketu Mehta, in his scintillating book, Maximum City, analyses the situation as only an Indian can.

‘Every summer, waves of Indians living overseas come back or send back little pictures: of their son in front of  the new 52-inch TV; their daughter sitting on the hood of the new mini van; the wife in the open-plan kitchen… the whole family laughing together in the small backyard pool, their ‘bungalow’ in the background.’

These pictures plant little time bombs in the minds of siblings left behind, he writes. ‘They hold the pictures and look around their two-room flat in Mahim and, suddenly, the new sofa and 2-in-1 Akai stereo look cheap and shabby in comparison.’

These handful of graduates studying in near world class institutions will be in demand whether in India or abroad. There will be some initial heartburn — bhala usko mujhse better paying job kaise mila — but in the medium to long term, things usually even out.

And staying on in India — where your company values you enough to put down a Rs 50-lakh deposit for a house in Napean Sea Road — is a very smart option.

The real appeal of ‘foreign’ lies for those who graduate from the second and third rung institutes. Job mil jayega but not one with fast enough growth or large enough goodies.

Going abroad, for them, is the only means of achieving quick and easy economic salvation.

So, at great personal risk, they beg, borrow and pay their way into not-so-well known universities. And then fight for a job to recover the several lakhs ‘invested’.

By and large, the strategy seems to work.

And dollar dreams will continue to pound in India’s head.