The Shehenshah‘s interest in the ongoing World T20 tournament is enormous. He was present at the epic India-Pakistan match at the Eden Gardens in Kolkata and was pumped up when India hit the winning runs to seal the high-pressure game. 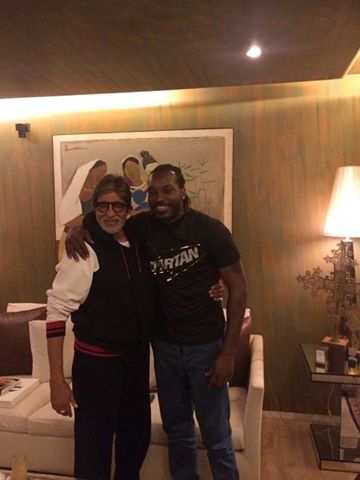 “Thanks for the invite and hospitality at your home, thanks also for the books. The boss wants me to score a 100 and India win but I would take the win rather than the 100,” Gayle tweeted after his visit.

“Chris Gayle pays a visit home … did not know he was a fan .. I was my best behaved and politest .. hoping he would pay back the compliment when we play them on Thursday .. hehe,” he posted.

Enter the email address to reset your password we will send you link for confirmation at your email.