Posted onJune 1, 2016 June 1, 2016.by Prashant Pandya.Posted inEconomics I understood. No comments yet . 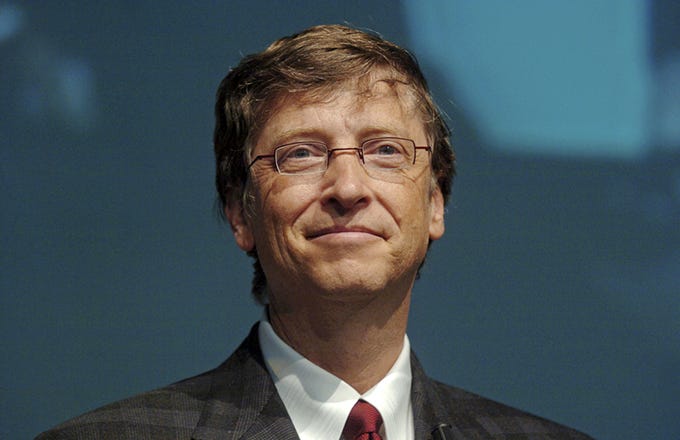 From its humble beginnings as a software developer for the burgeoning personal computer industry in 1975 to one of the most powerful and profitable worldwide corporations, Microsoft Corporation is one of the greatest corporate success stories of all time. You would be safe to assume that the largest shareholders of one of the most successful companies in history are doing quite well for themselves.

The former Microsoft chief executive officer (CEO) and director Steve Ballmer may have left his post in 2014, but with over 330 million shares of company stock, or a 4% stake, he ranks as the largest stakeholder of Microsoft. Ballmer left graduate school at Stanford in 1980 to become a business manager for Microsoft and his Harvard friend, Bill Gates. Rising through the ranks over the next two decades, he helped Microsoft grow into one of the most profitable companies in U.S. history. In 2000, Ballmer became CEO and quickly broadened the focus of the company with the introduction of the Xbox gaming system.

Under his leadership, Microsoft entered the search engine market in 2009 with its release of Bing, and he negotiated the $8.5 billion acquisition of Skype. He stepped down as CEO in 2014 and purchased the Los Angeles Clippers professional basketball franchise later that year. As of 2015, he has an estimated net worth of over $25 billion.

It turns out that building one of the most successful companies the world has ever seen is a good financial move, and holding on to a large portion of that company’s stock is also a good idea. The former CEO and chairman, Gates is the world’s wealthiest person, with an approximate net worth of $79 billion. As of 2015, he holds nearly 223 million shares of Microsoft stock.

Gates has been selling approximately 80 million shares of Microsoft stock annually for over a decade to fund the Bill and Melinda Gates Foundation, which is the largest private foundation in the world. The husband and wife team began the philanthropic organization in 1997 and lead its mission to improve lives in the poorest countries in the world. The foundation focuses on health issues, such as the eradication of malaria and polio, and controlling the spread of tuberculosis and HIV.

Taking over for Steve Ballmer as CEO of Microsoft in 2014, Satya Nadella has an extensive compensation package including lucrative annual stock awards. As of a 2015 SEC filing, he holds over 1.3 million shares of company stock after being awarded shares equal to $13.2 million as the equity portion of his compensation for fiscal 2015. If Microsoft’s stock performs well compared to the S&P 500 through 2021, Nadella stands to receive up to 600,000 additional shares.

Before taking the helm at Microsoft, Nadella was executive vice president of one of the company’s fastest-growing businesses, the Cloud and Enterprise group. Since taking over as CEO, company share prices have reached a 15-year high and projects such as the Windows 10 operating system and the Surface Book have performed well.

Microsoft chief operating officer (COO) Kevin Turner had been the highest-paid executive at Microsoft for years until a 48% reduction in his stock awards lowered his annual salary package $12.2 million in 2015. As per a September 2015 SEC filing, Turner owns over 1.1 million shares of Microsoft.

Turner came to Microsoft in 2005 after a 19-year career at Wal-Mart, where he began as a cashier and rose through the ranks to eventually become the executive vice president and chief information officer and the CEO of Sam’s Club.