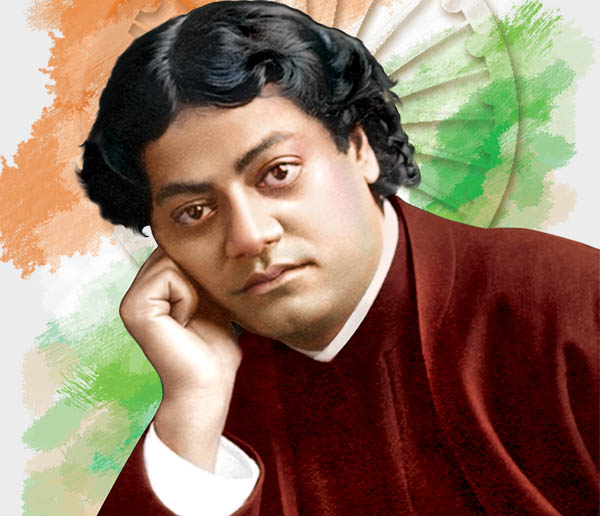 Swami Vivekananda told that “Brave, bold men, these are what we want. What we want is vigour in the blood, strength in the nerves, iron muscles and nerves of steel.”

See what are the thing which mentally strong person don’t do.

I have read a real story of one such mentally strong person Parminder Singh Arora from blog (on Quora) of his master Bishwajit Barnwal.I am putting it here as its most inspirational.

Parminder Singh Arora story in his own words –

“ I don’t remember having any childhood as such. I suddenly became 21 from 14 – there was a huge psychological gap in between. I was born and brought up in Calcuttta where I used to go to Khalsa English School. We used to live in Bhawanipore, and then we moved to Ludhiana, Punjab for two years. Meanwhile owing to an accident my father had become bedridden.

I had tremendous urge to study but we were financially unstable and the quality of education in the school my family could afford was below par. I badly wanted to come back to Calcutta. We did not have any money to buy our tickets. My mother struggled a lot to gather the money and I don’t know how, but she got three tickets for us to get back over here just for me. Nowadays, we talk a lot about true love – but the way my mother dared to take the leap of faith along with her paralyzed husband and twelve-year old son, it surpasses everything. She had no clue where to stay once we were back in the city or how we would feed ourselves. The only thing she knew was she had to make sure I got proper education. Ultimately we found accommodation in my brother-in-law’s residence in Bhawanipore.

My father’s health deteriorated with time. I still remember my 10-year old self, standing beside my father in his deathbed as he failed to recognize anyone – apart from me. Even with his limited abilities he was able to gesture that I was his youngest son who was still in school.

Suddenly, I felt so matured after my father’s death because I knew that I had to take care of my mother. We were coping with the loss and gradually growing stable. I was in Class 8 when bhaiya died of a heart attack at a young age of 35. My sister-in-law and her two sons had to go back to Punjab. From Class 8, I had to work apart from going to school. Till Class 9, I worked as a tyre-delivery boy for 250 rupees. My school teachers were like My Protectors. From Class 6 till Class 10, my science teacher Ganesh Jha taught me without ever asking for tuition fees.

I topped in Madhyamik from my school. The only regret I have is that my mother never got to see this.10 days before my results she passed away in my arms in a taxi as we were rushing her to a hospital.

After my Class 10 finals, I took up Bhangra professionally. My first show got me 500 rupees. I used to earn more from shows outside the city. I started teaching mathematics to Class 9 students. There are a lot of sayings which tell us to follow our dreams. In my case, this actually came true. I wanted to do engineering as I wanted to fulfill my mother’s dreams. My life changed in half an hour when Aakash Institute waived a part of my fees and my school agreed to sponsor it. I started working as a waiter at a roadside Punjabi Dhaba near Deshapriya Park. One day, my Physics teacher from Aakash spotted me over there and it broke his heart. He helped me shift to a PG to carry on with my preparations and told me to give up work for one year. I studied with dedication for that year. I topped in Higher Secondary examination as well from my school.

I think we should never take our aims emotionally. I worked real hard before WBJEE as JEEMAINS did not go too well. I ranked around 1700. I got into JU in the first counseling and upgraded to Production Engineering. Currently, I am a Bhangra choreographer, a radio jockey at Radio Voice of Khalsa, an assistant Physics teacher at a CBSE school. My life does not allow me to think about future because you never can predict it. I want to take a break and do a job after completing my B.Tech. According to me, happy and sad are relative terms. And, none of it is permanent. Also, there are people living in better or worse conditions than you are. So, I think we should live life the way it comes.”